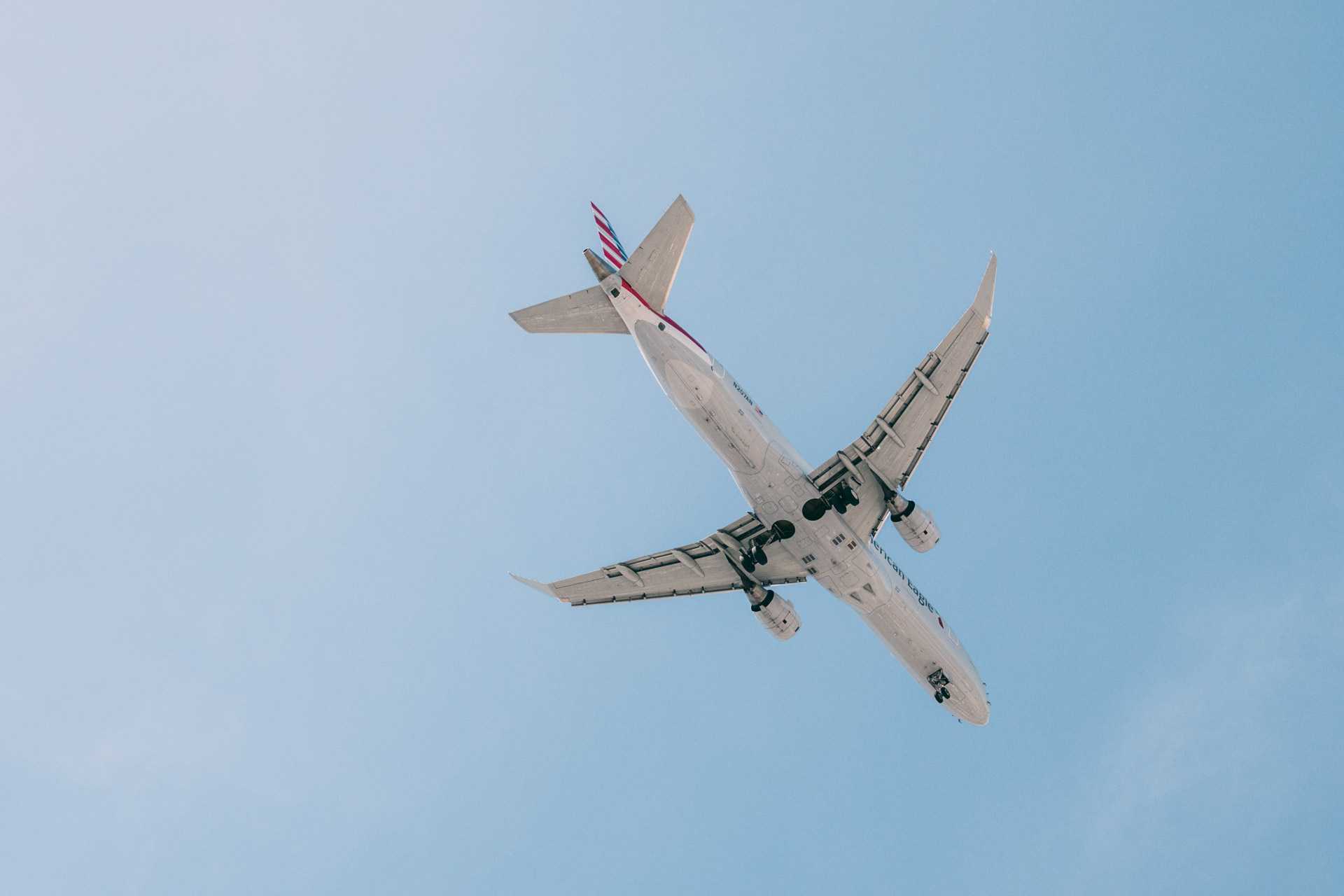 How to Fly With a Greener Conscience by Carbon Offsetting

We always try to minimize actions that harm others – whether it’s directly or indirectly.

That means we do our best to be mindful of what we consume and support.

As we travel abroad more than the general population, we also have to be aware of our transportation habits and how they impact the world around us.

We don’t travel to work (not in a day to day sense, anyway). But we do fly.

To minimize the negative impacts of our air travel, we carbon offset it.

This is in no way a perfect strategy, but we think it’s at least better than not doing it.

Dive in and learn about the impact of the aviation industry on global warming and how carbon offsetting is one of the best ways to compensate for that impact.

With the aviation industry currently responsible for 2-5% of global CO₂ emissions, your personal flying habits aren’t necessarily tipping the carbon scale in a huge way.

But on a personal level, your flights might be the single biggest contributor to your carbon footprint.

An average return flight in economy class between London and New York generates about 1 tonne CO₂ per person*.

The average European has a carbon footprint of approximately 10 tonnes CO₂ per year*.

So that cross Atlantic trip is about 10% of that.

Whether or not we agree that we have a personal responsibility regarding our carbon footprint, we can all agree that the aviation industry isn’t exactly making the world a greener place.

*These numbers vary quite heavily and aren’t meant to be exact figures, but rather to underline the point that flying probably takes up a disproportionate chunk of your personal emissions.

CO₂ is not the whole story

If only CO₂ was where this ended…

Flying contributes to global warming in several other ways.

There are lots of factors in this, but the bottom line is just that flying is inherently a damaging activity and that we have to do our best to minimize the consequences.

How to minimize the consequences of flying

The savvy reader might be quick to pull the trigger and say “don’t fly at all!”, and they’d be right.

Not flying is, of course, the absolute best way to fly with a greener conscience.

In many instances, taking the train, bus or car is a more climate-friendly option. Couple this with travelling to a place closer to home and you’ve got a winner.

But you already knew that, right?

We’re huge fans of public transport and staycations, but that’s for another article.

Unfortunately, neither are compatible with travelling to faraway and exotic places, which we also happen to find really exciting.

The idea of carbon offsetting is quite simple: Your money can help fund projects with the goal of reducing global emissions.

Or in the words of Wikipedia: “A carbon offset is a reduction in emissions of carbon dioxide or greenhouse gases made in order to compensate for or to offset an emission made elsewhere.”

So even if you took that London to New York return flight and emitted a (literal) tonne of CO₂, you can pay to help negate that emission.

The first step to doing this is to calculate your carbon footprint, and the next is to then actually offset it.

Each presents its own kind of challenges.

To make it clear, the carbon offsetting we’re talking about here is the personal, voluntary kind and not the international carbon market where countries trade offsets.

Calculate emissions from your flight

Calculating how much CO₂ was released from your seat on the plane is almost impossible.

Even with good science and exact calculations, this is way too complicated to figure out for most of us.

Instead, we have to rely on averages.

Calculators that offer a starting point

If you really want to go for the gold star and fly with a (relatively) green conscience, we suggest multiplying your CO₂ emissions by 3 to factor in the complete climate impact of air travel.

That means we would have to offset 3 tonnes of CO₂ to end up somewhat climate impact neutral from our previous cross Atlantic return trip.

It’s important to note that even offsetting 30 or 300 tonnes of CO₂ doesn’t actually negate the original climate impact of your trip.

But that shouldn’t discourage you from offsetting as it sure is a big step in the right direction.

If every airline passenger offsets his or her trip this world would look a whole lot different.

The question of indulgences

If carbon offsetting offsets your potential guilt of flying, does that make you fly more than you otherwise would have?

If that’s the case, carbon offsetting ends up negating itself, possibly making this whole mess worse.

We personally don’t think carbon offsetting is an indulgence, but rather a positive way to do good.

There are many valid arguments against ethical offsetting and the spreading of it. In our view though, shedding light on the topic is the most ethical thing to do.

The best way to carbon offset

If the goal is to offset our carbon footprint, currently the best option is probably to support forest owners to avoid deforestation (and the CO₂ emissions associated with logging and land clearing).

Basically, by paying a landowner or community to keep trees standing instead of selling the nearby forest to loggers, deforestation is halted.

This is one of the most cost-effective ways to reduce future emissions.

According to Giving What We Can, the most effective charity working with mitigating climate change in this manner is Cool Earth.

Cool Earth makes agreements with communities in vulnerable areas of Peru, DR Congo and Papua New Guinea to put back locals in control of their forests.

They do this in long-term projects (7+ years) with the goal of ensuring that communities gain more from letting the forest stand than from clearing it.

While saving precious forest, Cool Earth’s work is also contributing positively to local industries, schools as well as the health of the community.

This is pretty darn smart!

So for 80 USD, you protect an acre of rainforest keeping 260 tonnes of CO₂ in the ground.

Sign us up to this Cool Earth thing, please.

At this price, why not just save an acre of rainforest no matter how far you fly?

Donate to Cool Earth here and help save the rainforest.

(We are not associated with Cool Earth).

Note: There is a bit of controversy surrounding Cool Earth’s extraordinarily positive claims. Read more about it here.

Other ways to compensate your carbon footprint

The future of flying

Total passenger kilometres increase at a steady rate while aircraft efficiency is getting better.

There is also a lot of work being done on creating alternative fuels with less climatic impact.

Flying on biofuel or even fully electric is out there on the horizon. So is the Hyperloop.

Technology might save the day in the future, but right now the fact of the matter is that air travel is still a big pollutant. And we can’t afford to wait.

How can you make your flight greener?

Apart from offsetting carbon, there are many other ways to fly with a greener conscience. Here are 8 good ideas plus a slightly controversial one.

Changing one habit at a time is the best way to secure change in the long run.

And taking just one positive action is certainly better than doing nothing.

So pick whatever speaks to you, take a baby step, and you’ll be well on your way to travelling with a greener conscience.

What do you think of carbon offsetting? And what do you do to fly green(er)? Let us know in the comments and we’ll have a healthy, positive discussion.

Thanks to Stijn Bruers for inspiring this article. 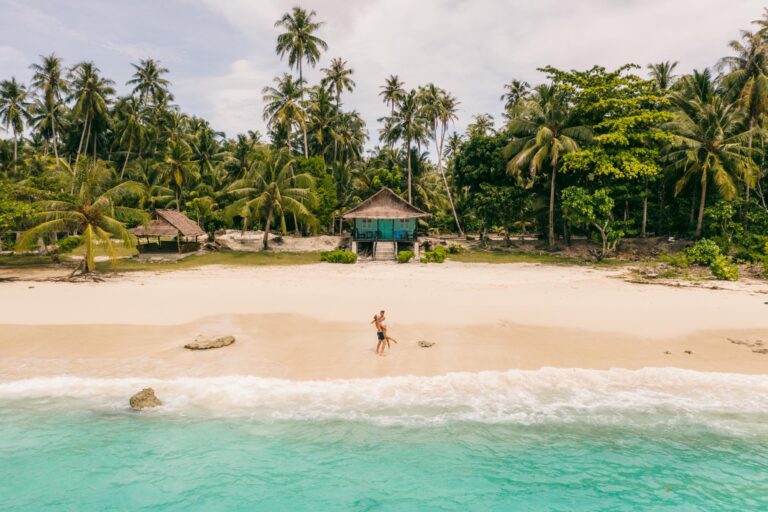 Hand Luggage Only: Our Packing List for Travelling in Southeast Asia for Several Months
Yes, it’s possible! Clothes, gear for photography and endless adventures… All in two small bags 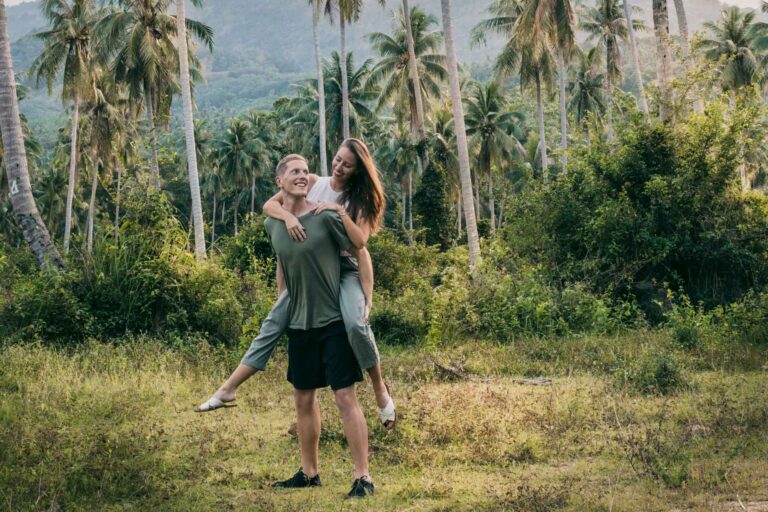 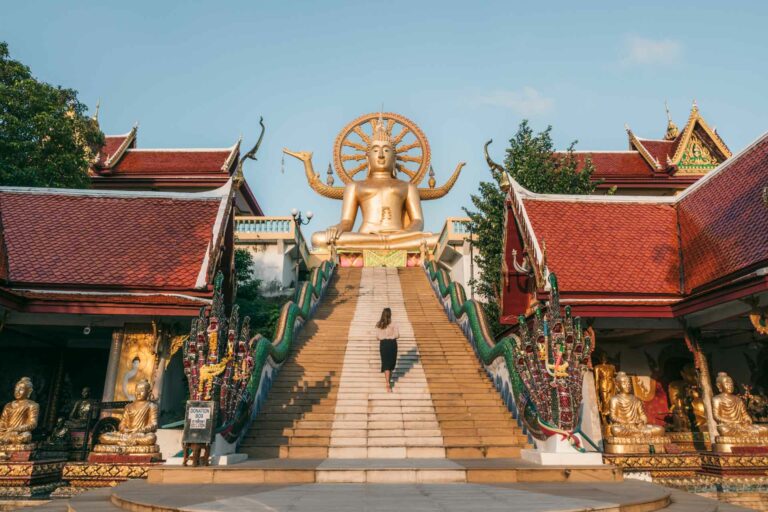 Be a Responsible Tourist in Thailand: 10 Things You Need to Know
How to behave ethically as a tourist in the country of smiles
This article was written by Alexander & Victoria on September 14, 2018.